“In 2019, our business performance was overall mixed. Our Adhesive Technologies business unit was impacted by a marked slowdown in key customer segments, in particular in the automotive and electronics industry. At the same time, our consumer businesses, Laundry & Home Care and Beauty Care, faced intense competition in many markets,” said Henkel CEO.

“At the beginning of 2019, we announced our plan to increase growth investments by around 300 million euros annually from 2019 onward to strengthen our brands, technologies and innovations as well as to accelerate the digital transformation of Henkel,” Carsten Knobel further explained. In the course of the year, Henkel gradually ramped up these growth investments across the company, but the additional funding was not fully utilized. Both declining volumes and the increased growth investments impacted the earnings and the EBIT margin in 2019. “Thanks to our continued focus on cost management, higher efficiency of our processes and the adaptation of structures, we were able to partially mitigate these effects,” said Carsten Knobel. “We also continued to invest in the expansion and upgrading of manufacturing sites and innovation centers. In addition, we strengthened our different businesses through targeted acquisitions and partnerships with a total volume of almost 600 million euros.”

“However, we are not satisfied with the results that we have achieved. We had higher ambitions for Henkel and, consequently, will take decisive action to fully leverage our potential for growth and improving financial performance in the future,” Knobel summarized the business development in 2019.

Henkel published today its full year outlook for fiscal 2020, in line with the announcement in December 2019. For 2020, Henkel expects to generate organic sales growth of 0 to 2 percent. Henkel expects an adverse effect on its earnings performance in 2020, given the uncertainty prevailing in the industrial environment and the year-on-year higher growth investments in marketing and advertising, as well as in digitalization and IT to sustainably strengthen its businesses. The adjusted EBIT margin is expected to reach around 15 percent. Adjusted earnings per preferred share ‏(EPS) are expected to decrease in the mid- to high single-digit percentage range at constant exchange rates.

Sales and earnings performance in fiscal 2019

Adjusted operating profit (EBIT) decreased by -7.9 percent from 3,496 million euros in the prior year to 3,220 million euros.

Adjusted return on sales (EBIT margin) was -1.6 percentage points down year-on-year at 16.0 percent. The profitability of the Group was negatively impacted by increased investments in brands, technologies, innovations and digitalization announced at the start of 2019. Nevertheless, the additional funding was not fully utilized. In total, around 50 percent of the planned amount of 300 million euros was spent in 2019.

The financial result decreased from -65 million euros in 2018 to -88 million euros in the reporting year. This was mainly due to interest expenses from lease commitments following the first-time application of IFRS 16.

The Management Board, Supervisory Board and Shareholders’ Committee will propose to the Annual General Meeting on April 20, 2020 the same dividend as in the previous year, namely 1.85 euros per preferred share and 1.83 euros per ordinary share. This equals a payout ratio of 34.2 percent, 3.3 percentage points higher than in the prior year and well within the dividend payout target range of 30 to 40 percent.

Net working capital as a percentage of sales improved by -1.2 percentage points to 3.9 percent.

Sales generated by the Adhesive Technologies business unit rose nominally by 0.6 percent to 9,461 million euros in fiscal 2019. In a challenging industrial environment with strongly declining automotive and electronics sectors, sales decreased organically by -1.5 percent. Adjusted operating profit was down year-on-year by -2.8 percent and reached 1,712 million euros. Adjusted return on sales was at 18.1 percent (previous year: 18.7 percent).

Organic sales development in the Beauty Care business unit was negative at -2.1 percent in fiscal 2019. Nominally, sales were -1.8 percent below prior year, reaching 3,877 million euros. Adjusted operating profit was at 519 million euros, down -23.1 percent versus prior year. Adjusted return on sales decreased year-on-year to 13.4 percent (previous year: 17.1 percent), due mainly to a declining gross margin and increased investments in brands, technologies, innovations and digitalization.

The Laundry & Home Care business unit generated strong organic sales growth of 3.7 percent in the fiscal year 2019. Nominally, sales increased by 3.7 percent to 6,656 million euros. At 1,096 million euros, adjusted operating profit was -5.7 percent below the prior year. Adjusted return on sales declined by -1.6 percentage points to 16.5 percent, mainly due to increased investments in brands, technologies, innovations and digitalization.

“Going forward, we have defined a new strategic framework for purposeful growth to ensure Henkel´s successful development in the future. Building on a strong foundation and driven by our common purpose to create sustainable value, the main elements of this framework are a winning portfolio, competitive edge in the areas of innovation, sustainability and digital as well as future-ready operating models, underpinned by a strong foundation of a collaborative culture and empowered people,” said Carsten Knobel.

* Adjusted for one-time charges/gains and restructuring charges
** Proposal to shareholders for the Annual General Meeting on April 20, 2020

This information contains forward-looking statements which are based on current estimates and assumptions made by the corporate management of Henkel AG & Co. KGaA. Statements with respect to the future are characterized by the use of words such as “expect”, “intend”, “plan”, “anticipate”, “believe”, “estimate”, and similar terms. Such statements are not to be understood as in any way guaranteeing that those expectations will turn out to be accurate. Future performance and results actually achieved by Henkel AG & Co. KGaA and its affiliated companies depend on a number of risks and uncertainties and may therefore differ materially from the forward-looking statements. Many of these factors are outside Henkel’s control and cannot be accurately estimated in advance, such as the future economic environment and the actions of competitors and others involved in the marketplace. Henkel neither plans nor undertakes to update any forward-looking statements.

This document includes – in the applicable financial reporting framework not clearly defined – supplemental financial measures that are or may be alternative performance measures ‏(non-GAAP-measures). These supplemental financial measures should not be viewed in isolation or as alternatives to measures of Henkel’s net assets and financial positions or results of operations as presented in accordance with the applicable financial reporting framework in its Consolidated Financial Statements. Other companies that report or describe similarly titled alternative performance measures may calculate them differently.

This document has been issued for information purposes only and is not intended to constitute an investment advice or an offer to sell, or a solicitation of an offer to buy, any securities. 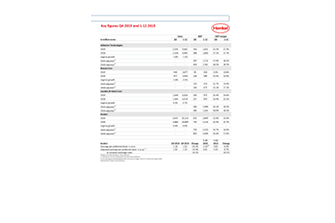 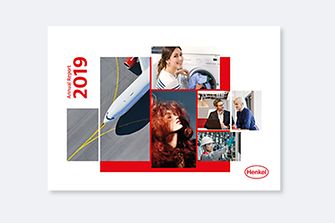 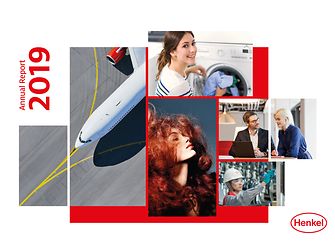 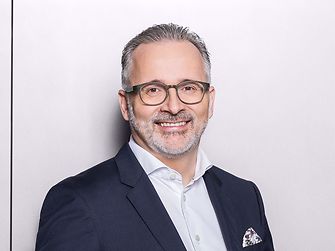 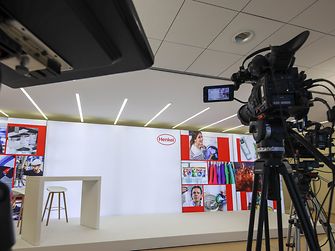